When I was a kid, my mum and brother and I would go outside on New Year’s Eve and lie in our hammocks under the trees to write our New Year’s resolutions. I had a special section in the middle of my journal for it (the front was a diary of all the angst of a 14-year-old introvert, and the back page was reserved for very special wishes, which had come true so often I began to suspect the book had magical powers).

Before writing the new list, we would review our previous year together. We’d talk about what we’d done on our list for the year gone, and what had changed. We would not have looked at our lists since the previous NYE, so it was sometimes funny – “Hell yes, I did that”, “I can’t believe I wanted to do that” or “Well, that was never going to happen, and thank goodness it didn’t”. We human beings can grow and change a lot in just twelve months, so it’s interesting to see what shifts. But most importantly, it was a special time of sharing what we’d achieved and enjoyed about the year.

Then we’d spend time in silent reflection and begin the new list.

I remember writing lists that covered an entire A4 page. They contained everything, even small things. Some things were achievable and within my control, like ‘start a vege garden’. Others not so much. Some things were vague – ‘be more active’. Others quite precise. Some things came across from the previous year’s list. But I wrote down everything I wanted to do that year, all things going well. Everything. It was a time of unrestricted dreaming. I don’t mean I started to write down pie-in-the-sky ideas – everything was conceivably possible, albeit sometimes unlikely (like finding a good hairstyle). But that didn’t matter. I didn’t get bogged down in details. I just wrote down stuff I wanted to do. It was a time of realising how much I might be able to accomplish. I knew I might not do all of it. I probably wouldn’t even make half. But it wasn’t a list of mandates – it was a list of options.

I’m older now, and I haven’t done it for a long time. I learned about SMART goals, and making things realistic, and having a list of only six small items in a day or bigger ones in a month so it was achievable, and breaking things into actionable steps that I knew how to do. And then it became laborious and too much like work, and I stopped doing it so I could feel freer.

But I missed the point.

The point is not to lock myself down to do everything on the list. It is to realise how many things I can imagining myself doing.

The point is not to make it achievable. It is simply a list of options, and there is no succeeding or failing. I do it, or I don’t, and it doesn’t matter.

The point is not to fit myself into a fixed idea of who I want to be. It is to create a snapshot of who I am and what I want at a single point in time, and then to reflect on it, noticing how much I’ve grown or changed. It shows me what is important to me.

The main point is this:
It is not a time to be conservative. It is a time to dream. And just writing down dreams makes them more real.

This year, I am going to dream again. Get out your journals and dream with me.

Take care of your spine, and the rest will follow!

Come along and Come Alive! There's just one spot l

Looking for a last-minute, yet thoughtful, Christm

Kelly and I have produced a Yoga Journal! The perf

How gorgeous is this little being we came across l

Yoga is so much more than shapes. Forget the shape 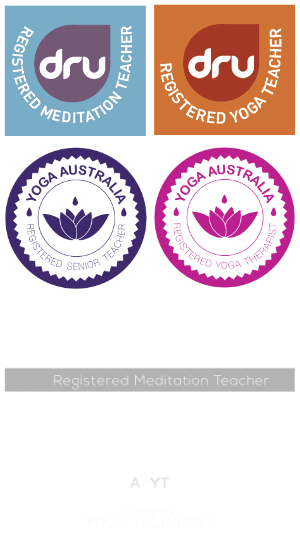